Differences Between Tea, Tisane (Herbal Tea), and an Infusion

We often refer to "tea" as any one of the thousands of things we can drink hot besides coffee or hot chocolate. Tea most appropriately is an infusion made from the leaves of the tea plant, whereas there are well over 1,000 different tisanes (herbal teas) and infusions that are used to create well-being, good health and medicinally to control health ailments and debilitating conditions while providing a wide variety of additional health benefits. So instead of confusing tea connoisseurs by calling everything infused in hot water a tea, we have some more appropriate descriptive words that may better describe these amazing medicinal, nutritional, tasty, and feel good beverages. 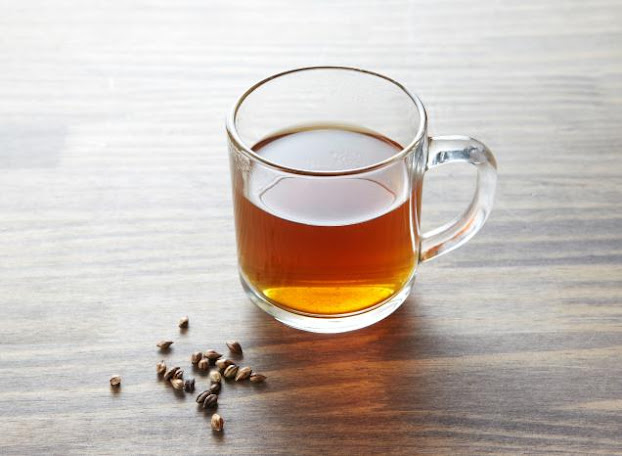 What is an Infusion?

In general all of these drinks are basically infusions. Infusion (verb) is the process of extracting chemical compounds or flavors from plant material in a solvent such as water, oil or alcohol, by allowing the material to remain suspended in the solvent over time (a process often called steeping). An infusion (noun) is also the name for the resultant liquid. The process of infusion is distinct from both decoction—a method of extraction involving boiling the plant material—and percolation, in which water is passed through the material (as in a coffee maker).

Infusion is a chemical process that uses botanicals (typically dried herbs, flowers or berries) that are volatile and release their active ingredients readily in water. In this process, a liquid is typically boiled (or brought to another appropriate temperature) and poured over the herb. After the herb has been allowed to steep in the liquid for an appropriate period of time, it is removed (by straining or filtering) leaving an infusion. The amount of time the herbs are left in the liquid depends on the kind of infusion. Infusion times can range from seconds (for some kinds of Chinese tea) to hours, days, or months (for liqueurs like Sloe Gin or vinegar like Balsamic Vinegar).

There are several accessories and techniques for removing the steeped or leftover botanicals that were used to infuse liquids, including metal steepers (which look like clamps), tea infusers (which act as strainers), and french presses (which are commonly used to infuse water with various teas and coffee). The most commonly used technique is the teabag, which is made with filter paper and filled with various herbs, spices, medicinal plants or tea or more effectively, just mixing the raw dried botanicals in hot water then collating the steeped material out.

Tea is an Infusion Too

Tea what we commonly call most infusions most appropriately refers to an aromatic beverage commonly prepared by pouring hot or boiling water over cured or fresh leaves of the Camellia sinensis, an evergreen shrub (bush) native to East Asia. After water, "tea" is the most widely consumed drink in the world. There are many different types of tea; some, like Darjeeling and Chinese green teas, have a cooling, slightly bitter, and astringent flavor, while others have vastly different profiles that include sweet, nutty, floral, or grassy notes. Tea has a stimulating effect in humans primarily due to its caffeine content.

The term herbal tea or tisane refers to drinks not made from Camellia sinensis: infusions of fruit, leaves, or other parts of the plant, such as steeps of rosehip, chamomile, or rooibos. These are also called tisanes or herbal infusions to prevent confusion with tea made from the tea plant.

Herbal teas—less commonly called tisanes, are beverages made from the infusion or decoction of herbs, spices, or other plant material in hot water. The term "herbal tea" is often used in contrast to true teas (e.g., black, green, white, yellow, oolong), which are prepared from the cured leaves of the tea plant. Besides coffee and true teas (which are also available decaffeinated), most tisanes do not contain caffeine.

The Chinese have been using herbal tea as a medicine dating back more than 2000 years ago. The habitual consumption of tea grew in Asia and eventually European explorers brought it home to Europe in the 17th century. Herbal tea then became a staple in British and Irish culture during that time.

Some feel that the term tisane is more correct than herbal tea or that the latter is even misleading, but most dictionaries record that the word tea is also used to refer to other plants beside the tea plant and to beverages made from these other plants. In any case, the term herbal tea is very well established and much more common than tisane.

Herbal teas (tisane) can be made with fresh or dried flowers, fruit, leaves, seeds or roots. They are made by pouring boiling water over the plant parts and letting them steep for a few minutes. The herbal tea is then strained, sweetened if desired, and served. Many companies produce herbal tea bags for consumers to prepare such infusions at home. 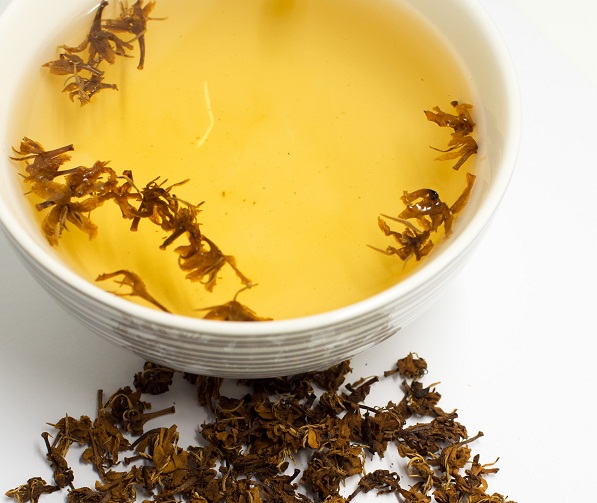 Yes there are literally thousands of different types of herbal teas. Homeopathic and naturopathic physicians have used herbal tea infusions for centuries. They are widely used in Chinese medicine as well. Some of the most common preparations can be found in your grocery store's health food section or in the same area as tea and coffee. Tisane has a whole range of great health benefits, they can stimulate appetite, cure insomnia, and deliver vital micronutrients. They are a great source of flavonoids and trace minerals, they can also be categorized as a food supplement in some cases. Their functionality has been proven as a great natural alternative to prescription medicines and can be used to treat a wide variety of common ailments, used to relax, alleviate pain, aid in digestion, increase blood platelets, reduce blood sugar, and for dieting among many other practical uses. Some tisane recipes have also been shown to increase your immune system response to help defend you from things like the common cold and influenza.

In the West we use herbal teas today to treat hundreds of different conditions, you must be careful though because they are not all safe for everyone. Some of them taken in high doses can cause health problems, cause illness or other undesirable side effects. While most herbal teas are safe for regular consumption, some herbs have toxic or allergenic effects. Before making herbal tea that is not commonly found on store shelves or harvesting your own wild plants to prepare herbal tea, it would be wise to do some basic research first. Pregnant and lactating women should also be careful because some herbs can induce a miscarriage or pass undesirable side effects to your child, especially tisane that is used for dieting.

In addition to the issues mentioned above, several medicinal herbs are considered abortifacients, and if consumed by a pregnant woman could cause miscarriage. These include common ingredients like nutmeg, mace, papaya, bitter melon, verbena, saffron, slippery elm, and possibly pomegranate. It also includes more obscure herbs, like mugwort, rue, pennyroyal, wild carrot, blue cohosh, tansy, and savin. -Wikipedia 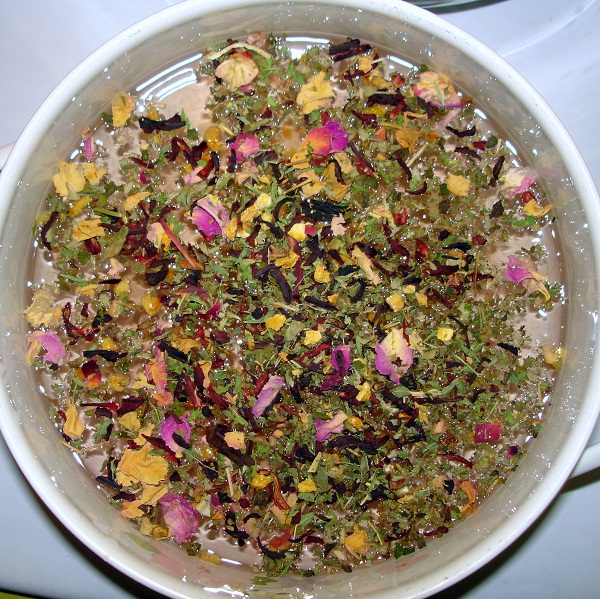 Herbal tea or tisane is great! They provide micronutrients, contain flavonoids, polyphenols, and are rich in phytochemicals; they alleviate conditional symptoms, can be used to treat illness, and are fast acting practical remedies that can be employed quickly and easily by anyone with some boiling water and a collating filter. They are a great supplement to any daily meal routine and can be used for a wide variety of purposes. Most are safe for anyone to drink and with a little honey, orange peel or dried fruit made to taste great, even the more bitter mixtures used for diabetes or purging can be made to taste good this way. Tisane mixtures have been found to effectively treat diabetes, high blood pressure, and other conditions with proper dietary recommendations as an alternative to pharmaceutical medicines.

As a nutritionist I am a big advocate of herbal tea, I have been drinking herbal teas everyday since I first learned of their benefits while getting my degree in nutrition. I believe in them so much I have made a number of special herbal tea preparations which I offer on my website and will be looking forward to helping my clients select the right herbs, spices, medicinal plants, and superfoods in the future.